In this collection of paintings, inspired by her time living in Berlin, Esses has expanded the gaze of her popular figurative work to capture a series of group settings in a variety of celebratory modes. Turning her insightful eye on situations that normally require a degree of privacy or intimacy, she gives a public setting to these gatherings, be it an orgy or a family party, they are depicted with an unashamed openness to the proceedings. There is certainly nothing bashful about the nude or semi-nude figures in Esses’ work. Mixing a playful sense of irony and a keen eye for the grotesque she captures the reality of life as she senses it in contemporary Berlin. 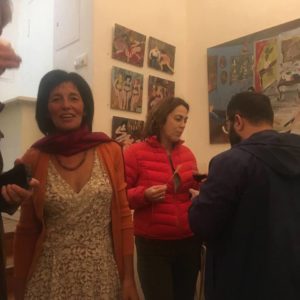 Female figures are depicted with the same voluptuous shapes as seem in her previous work but with a much freer style in these recent paintings. With Esses caring much less for the technical side of things and concentrating on the expressive nature of her sprawling and vibrant figures. The paintings in this exhibition carry a sense of living life to the very fullest in a variety of ways – at the thick of it exploring limitless extremes or watching from the sidelines, a glass of wine in hand. All are equally valid from the Esses viewpoint and all captured playfully in her bold, accomplished and very unique style. Imbued in warm blocks of colour, the sunshine yellow of the beach setting or the sensual, reddish hue of the orgy. She manages to cleverly capture a certain sense of present day joie de vivre shown in a voyeuristic fashion that has become very much a part of modern living. 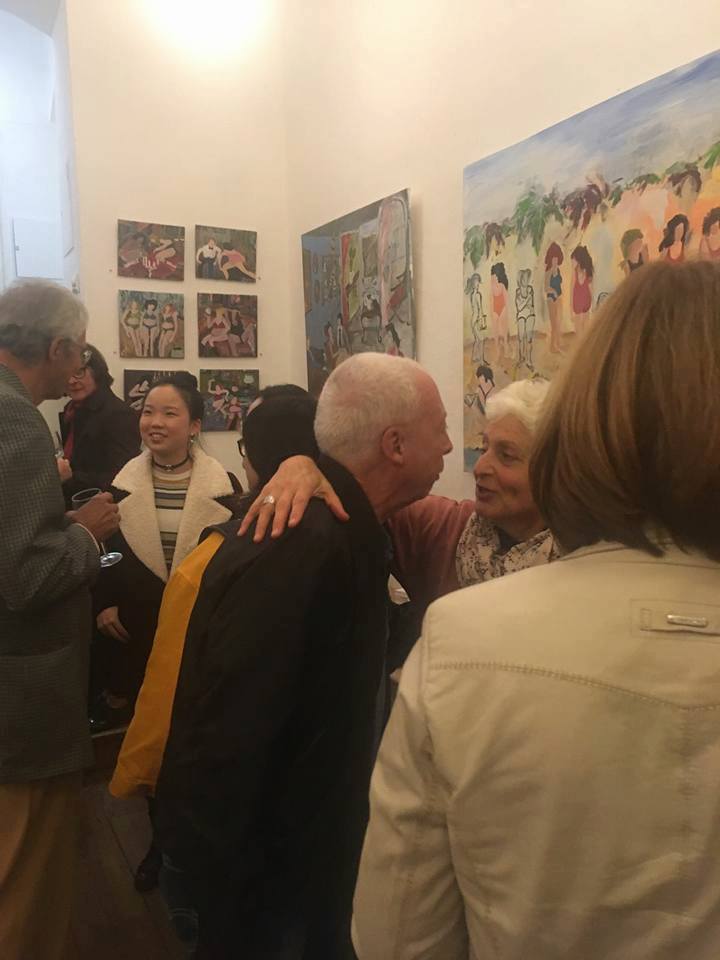 The artist Deborah Esses was born in Buenos Aires. She studied Fine Art at the Instituto Beato Angélico, Argentina. Was awarded a postgraduate degree from Tel Aviv University in Art History in the Middle East. Then undertook further study in Mixed Media at the Ernesto de la Cárcova Fine Arts Academy under the lead of artist and professor Alfredo Portillos. She lived many years in London where she studied at Sotheby’s Institute of Arts. 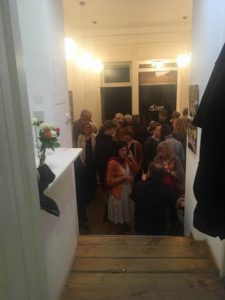 She has exhibited extensively in London, New York and Singapore among other countries and currently lives in Berlin.   Kirstie Specke 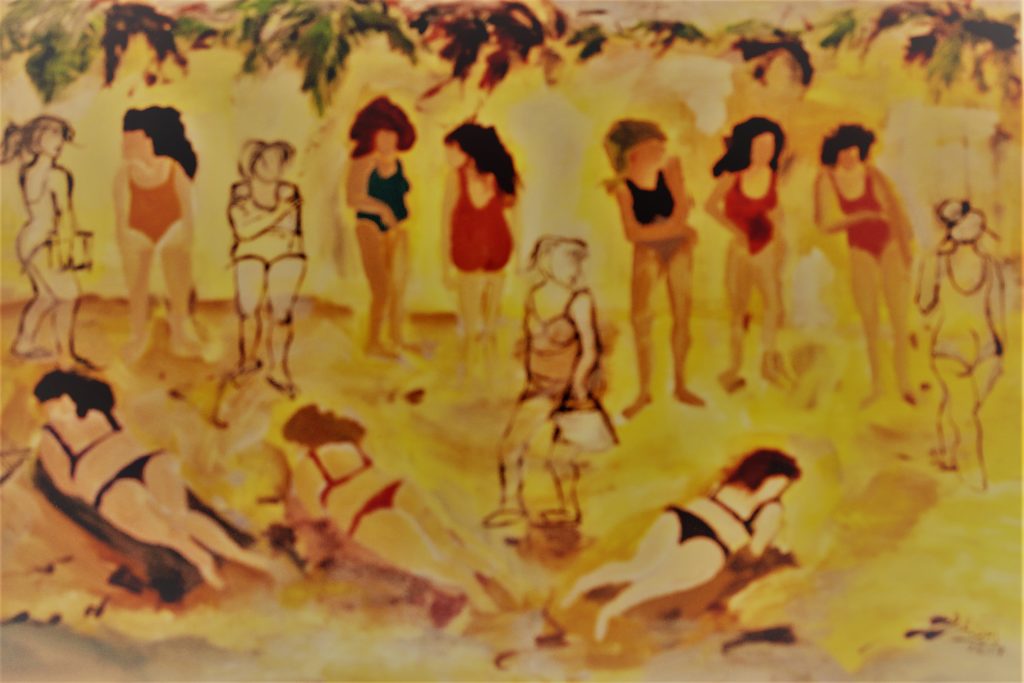